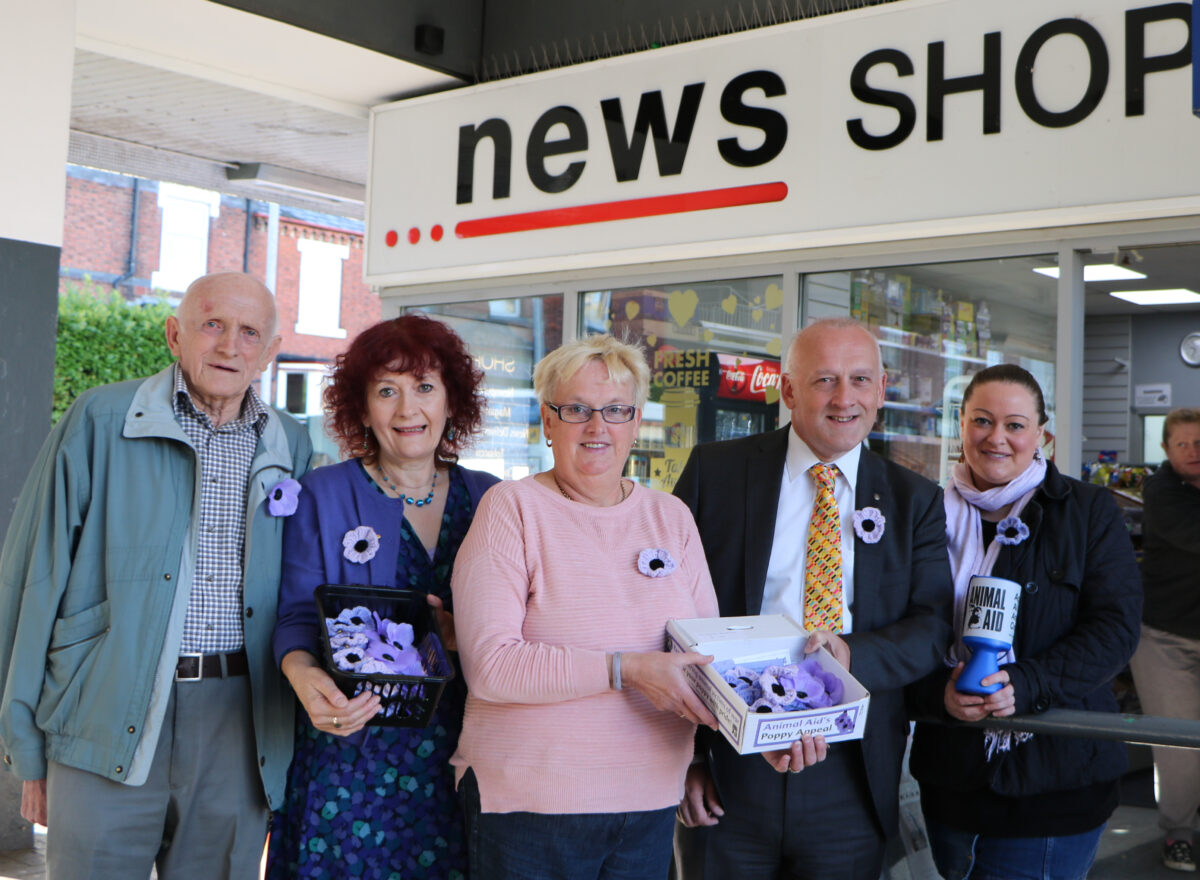 Businesses in Leek and Cheadle are selling purple poppies this year to commemorate the millions of animals that have been killed in conflicts worldwide.

Anne said: “I originally got involved when Animal Aid produced purple poppies years ago. When they stopped I decided to make my own and sell them to support the great work of the charity.”

This year they have been joined in the selling of the poppies by their accountants, Leek based LSGK Accountants Ltd and by Smithfield News in Leek, who are also clients of LSGK.

Director of LSGK Accountants Jed Eatough added: “When Anne told us of her purple poppy sales we thought it would be great to support her appeal alongside the sale of the British Legion poppies. Kevin and Rachel Bourne from Smithfield News found out about the appeal and they too decided to get involved.”