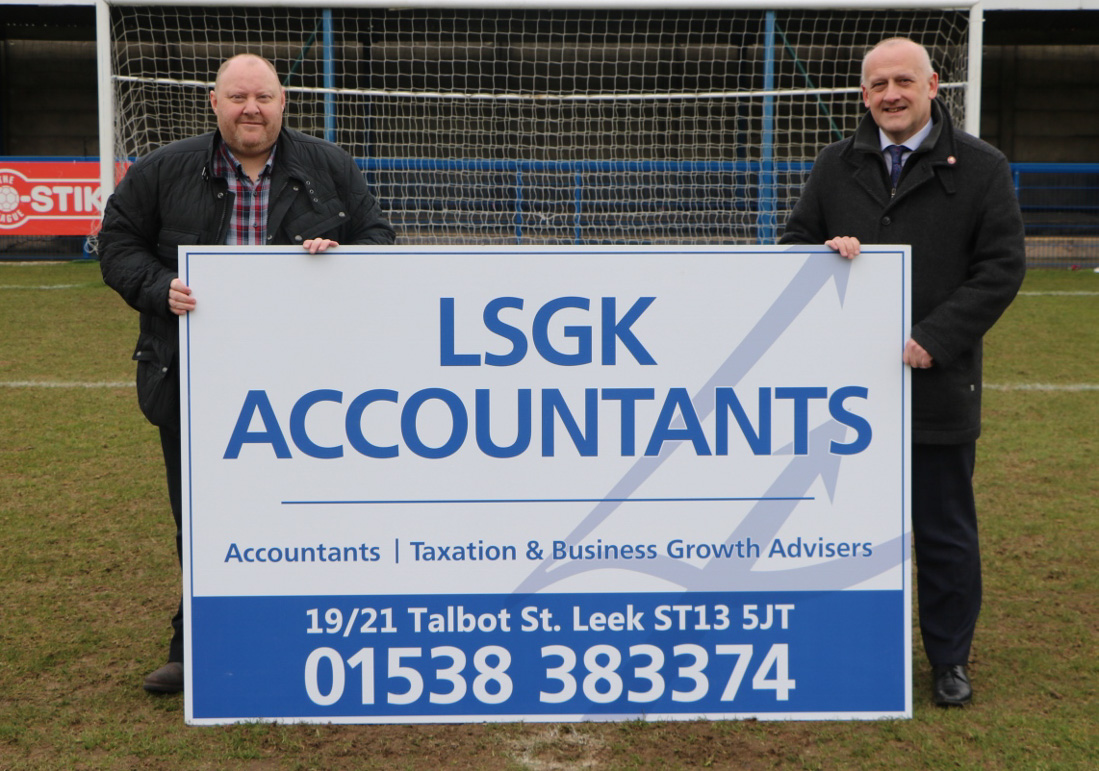 The firm, established in 1960, was previously known as Leslie SG Knott & Co Ltd.

It was purchased by Cannock based finance and accountancy company Growth 4 Businesses in 2013 and has since broadened its client services to include, management accounts, tax planning, financial accounts and payroll.

LSGK Accountants director and life-long Wolves fan, Jed Eatough said: “LSGK Accountants has a growing customer base in and around Leek. We are keen to let people know we offer so much more than basic accounting.

“As a keen football fan, I’ve been very aware of what Leek Town FC means to the town.

“I was pleasantly surprised by the set-up at Leek Town when I visited the club. Both on and off the pitch, they are making great progress. Chairman Jon Eeles really impressed me with his passion for the club, the town and his practical business sense. He’s also a fellow accountant so we were bound to get on!”

Jon Eeles added: “It’s great to have LSGK Accountants on board as a sponsor. I know as an accountant that sponsorship will be measured on value for money and I’m confident the deal will be beneficial to both parties.  Like ourselves, LSGK are proactive in marketing and PR so we can only benefit by pooling our promotional resources.”

The sponsorship deal will include signage, match day programme and website presence as well as a match day hospitality package.

Photo: Jed Eatough, right and Jon Eeles with one of the new LSGK Accountants signs at Leek Town