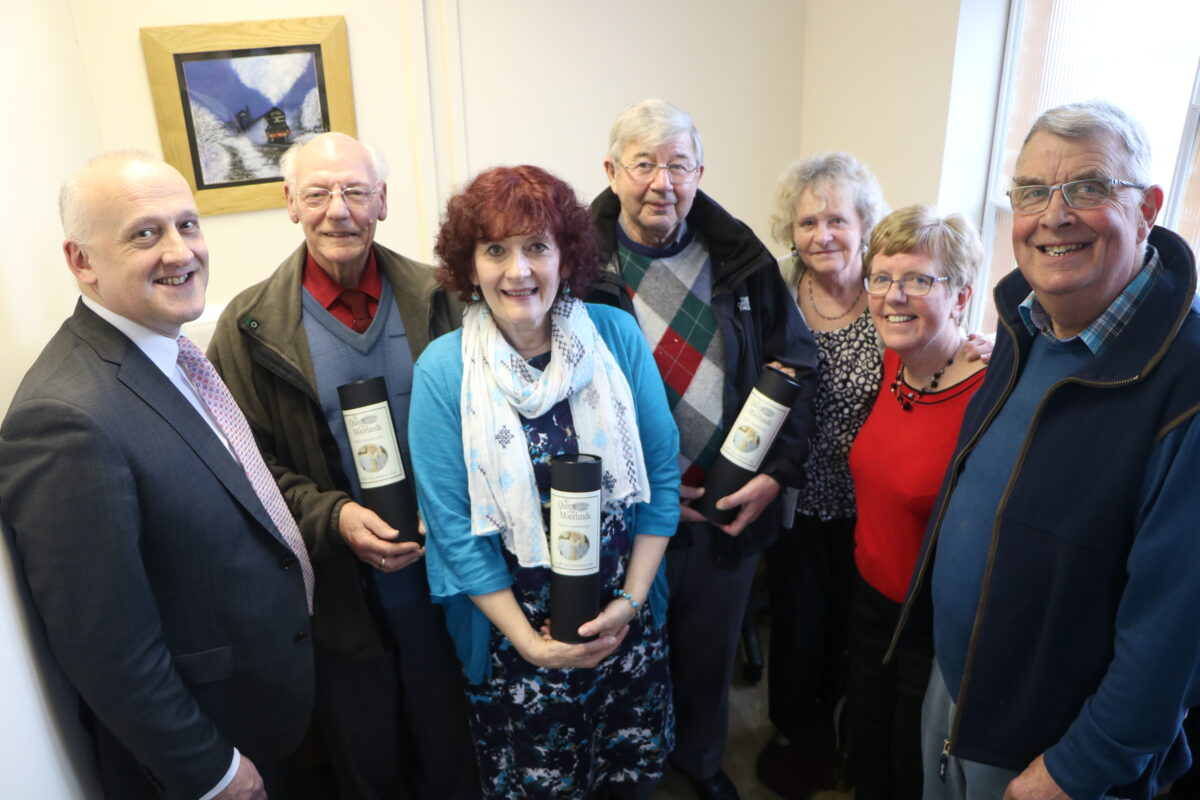 For the second year running, a Leek based accountancy firm has marked a special anniversary with a group of clients who have been with them for over 50 years.

LSGK Accountants Ltd, formerly known as Leslie SG Knott & Co Ltd, started trading in Leek in 1960 and moved to its present offices in Talbot Street around 1969.  It is now a part of the Growth 4 Businesses group which has offices in Cannock, Codsall and Stoke-on-Trent.

To recognise this landmark LSGK presented long-time clients with a specially branded bottle of ‘Queen of the Moorlands’ whisky featuring a picture of the founder, Les Knott, as well a special certificate and a £50 voucher.

Leslie Knott, from Weston Coyney, Stoke-on-Trent had been trading from home but moved to Leek as business grew.

Leslie, or Les as he was known, was a well-known figure around Leek with his distinctive white hair and beard.

LSGK Accountants MD Jed Eatough added: “We bought the practice in 2014 and I was immediately amazed by the loyalty of many existing customers.

“It proves that people still value relationships and service and I think this is our unique attraction.”

Winkhill based Hay and straw suppliers, D & LE & P Johnson have used LSGK Accountants since the early 1960s. Director David Johnson commented: “We have always been looked after very well by Mr Knott and all the staff at LSGK. Nothing is ever too much trouble and they have given us a great deal of valuable advice over the years.”