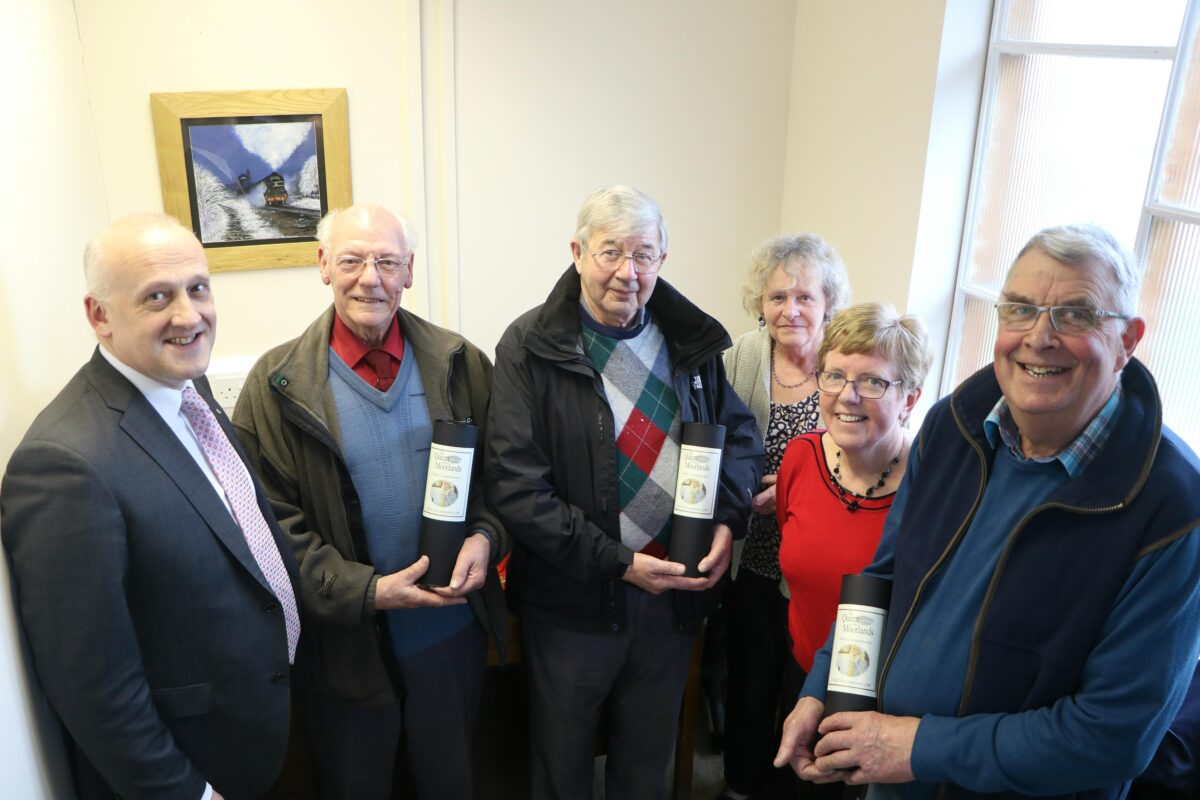 A Leek based accountancy firm which started in 1960 has marked a special anniversary with a group of clients who have been with them for over 50 years.

LSGK Accountants Ltd, formerly known as Leslie SG Knott & Co Ltd. Started trading in Leek in 1960 and moved to its present offices in Talbot Street around 1969.  It is now a part of the Growth 4 Businesses group which has offices in Cannock, Codsall and Stoke-on-Trent.

To recognise this landmark LSGK presented long-time clients with a specially branded bottle of ‘Queen of the Moorlands’ whisky as well a special certificate and a £50 voucher.

Leslie Knott, from Weston Coyney, Stoke-on-Trent had been trading from home but moved to Leek as business grew.

Leslie, or Les as he was known, was a well-known figure around Leek with his distinctive white hair and beard.

LSGK Accountants MD Jed Eatough added: “We bought the practice in 2014 and I was immediately amazed by the loyalty of many existing customers.

“This was reflected in the staff with four of our team having been with the business since leaving school. The youngest one of them is now 50!

“It proves that people still value relationships and service and I think this is our unique attraction.”

Leek electrical company SBW Electrical Ltd have used LSGK Accountants since the early 1960s. Director Stewart Wardle commented: “We have always been looked after very well by Mr Knott and all the staff at LSGK.

“We had a running joke with Les who would never divulge his age. I think he was born with his trademark beard!”

Les’s daughter Lezley still works a day a week at the practice having done so since around 2000 when her late brother, Tim became ill.

Lezley said: “It’s great to still be involved with the business and to be part of such a wonderful team of people.

“My mum Jean is also thrilled that the business my father and her started, in the box room of their first home, continues to thrive and move forward.”

LSGK Accountants are active supporters of the local community as Jed explains: “We’ve just become sponsors of Leek Town FC and are looking to support other clubs and worthy causes in Leek.”

There will be a similar event in early 2019 to thank those clients who joined the practice in 1969.